Should girls be allowed to wear makeup to school? 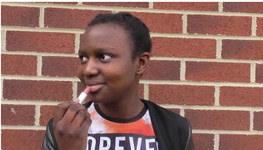 Should girls be allowed to wear makeup to school? For many girls, wearing makeup is a way to embrace who they are, or to increase their confidence, with over half of under 14’s wearing cosmetics every day. But schools across England are introducing bans on makeup, because it may be a distraction to pupils’ learning and erases the idea of natural beauty. But should girls be allowed to wear makeup to school? Wearing makeup to school has its benefits: it encourages individuality; improves self-esteem and makes girls feel more comfortable in the school environment. These advantages have a positive impact on the school, making students feel happier, which overall increases motivation to work hard and to put effort in – resulting in good grades and an increase in one’s ability. For some girls, makeup allows them to express themselves, and to create a sense of individuality between students. This encourages the phrase “everybody’s different”, because how boring would school be if everyone was the same? However, of course, wearing makeup to school has its disadvantages. Some people argue that since secondary school students are aged between 11-16, that this is way too young to wear makeup. At this age, girls shouldn’t be worrying about their appearance, because inner beauty is more important. Wearing makeup at such a young age, and especially to school, builds an impression for girls that when they have a bare face, they aren’t good enough and are ‘ugly’. Children should not feel pressured to live up to standards as seen on adverts, campaigns and social media, because this destroys self-confidence and erases the idea of being comfortable in the school environment. In a recent interview with Head of Year 10 at St Edmund’s Catholic School, Miss Mortlock, she explained why makeup was banned at the school. “It enables the school to keep students focused on their learning. If tudents are focused on their makeup, this means that they’re not focused on their learning. It also prevents any bullying towards those who may not have the ability to buy the latest makeup.”said Mortlock. We then went on to ask how she thinks wearing makeup to school can affect a student’s learning, and she responded “Time is wasted when a student is made to remove their makeup because of them applying it in the first place, and this is unnecessary time taken”. Lastly, we asked her what her opinion on this ban was, and her answer was “I think it’s good to have a clear uniform policy and I think everybody should abide by it. In my opinion, subtle makeup is possibly permitted but there’s a fine line and it’s hard to please that because everyone’s version of subtle is different.” In conclusion, it’s clear to see why schools ban makeup: to avoid bullying and to prevent girls from wanting to live up to a certain standard in society. Overall, this ban has positive and negative impacts, and although the ban takes place at several schools in England, it’s not necessarily going to stop girls wearing it all together. By Lauren and Ellie